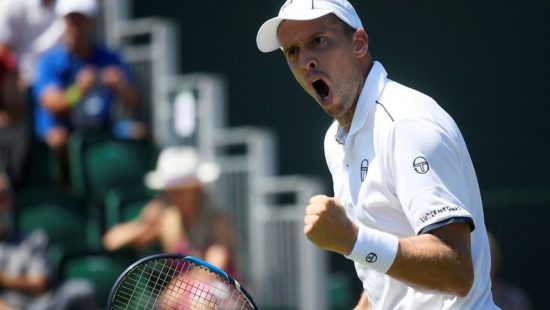 Following this somewhat legendary victory over Nadal, everybody in the Grand Duchy wants to see the man of the hour.  With Luxembourg in Mulles Mania, public viewings are organized tomorrow for the quater finals against Marin Cilic from Croatia, current world No6. The location of the public viewing will be either on Place d’Armes or Place Guillaume II depending on the exact time of the match which has yet confirmed [lastest update from Wimbledon.com places the match at 2PM CET]