Read our new column by 'BritGirl about town'

The weather might be dreary but don’t despair, there’s lots going on this month to keep your spirits up! It’s been a really busy couple of weeks for me and my schedule shows no signs of slowing down but I always make time to do the fun stuff too so here are my March favourites. If there’s something cool happening that I’ve missed just drop us an email at urbanfoxlu@gmail.com

Where? 21 Allee Scheffer
This new wine and tapas bar has really caught my attention. It looks like the perfect place to meet up with friends for a catch up and a glass of wine. I find that tapas is a great option when you’re meeting friends, sometimes you just don’t feel like a huge meal to go with your vino.

Where? Luxembourg City
One of the things I’ve missed the most about moving from London to Luxembourg is the convenient deli stores where you can grab a fresh sandwich or pasta salad and go. Cactus have also noticed this and have opened a Shoppi in the middle of the city, you can stop by to grab a pastry or a coffee. 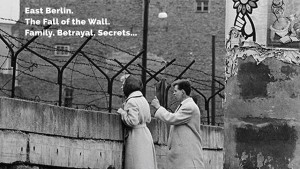 “Do you want to know a secret?”

Where? Mierscher Kulturhaus
When? 9th, 10th, 11th & 12th of March at 8pm and 13th of March at 5PM
I’m a big fan of live productions. It’s a great way to spend the evening and the feeling of something unfolding right in front of you is unbeatable. I can appreciate that it’s not for everyone though!  If you want to try something a little more down to earth and less production more substance, this is for you. It’s not at the Grand Theatre, it’s put on by the local group Actors Rep, this production discusses the paranoia that was experienced by those living in Berlin after the Berlin Wall came down. Tickets cost 20 euros for adults, 10 euros for students. 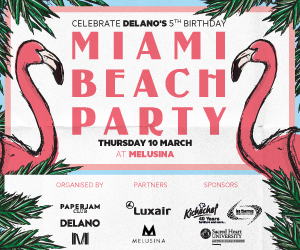 Where? Melusina
When? Thursday 10th March
Delano is turning 5 this year and I’ve been working with them as a journalist since I arrived in Luxembourg last year, I’m really excited to celebrate this birthday with them. The theme of the party is Miami Beach chic, there’ll be a red carpet and open bar starts at 18.30. It’s a private party but hey if you know someone who knows someone, see you there!

Where? Bernard Ceysson gallery, 2 Rue Wiltheim
When? Opens Saturday 12th March
I love Alexander Nolan’s work, he’s a young New York artist who looks into the history of art and has taken and adapted from almost every era of alternative artwork. I once interviewed Bernard Ceysson and he’s genuinely one of the most interesting curators I’ve met. He has about 5 art galleries now in Luxembourg and also in France, he’s got some good wisdom when it comes to judging artworks. You can read the interview in the latest edition of Delano. As for this particular show,  there’s a special opening brunch so I look forward to catching up with some other people from the art scene there too. 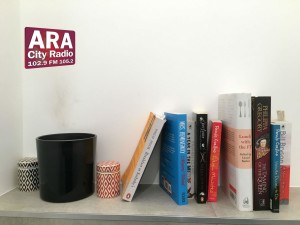 Where? Culturando on Avenue de Faiencerie
When? Tuesday 22nd March, 7pm
I love to read. But I also love to socialise, I thought I’d combine the two and find other like-minded people. The bookclub started as a Facebook group called ‘Luxembourg Bookworms’, we share our favourite book recommendations and meet once a month over a glass of wine and just hang out. It’s really informal and even though we met because of our love of reading, we often catch up about other things too. If you want to join the next one please check out the ‘Luxembourg Bookworms’ Facebook page or send me an e-mail at urbanfoxlu@gmail.com if you want to know more about it.

Yours,
BritGirl about town

We tend to google things to do, places to go to or shops to visit. Yet in Luxembourg a lot of information gets passed around by word of mouth or you have to be an insider to know about it. -Whether you are an expat or a local or perhaps are just visiting the Grand Duchy for a few days we want to keep you posted on the latest in town and get things moving. This is the reasons we have created the Urban Fox, to keep you up to date with the latest stuff we have heard – the talk of town so to say some useful, some gossip and some well.... plain useless really.
Next Story